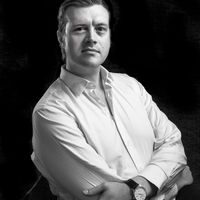 Succinctly echoing our own views on the UK M&A market, Communications Strategy firm Portland write that whilst M&A activity will be broadly agnostic to the outcome of Brexit, there is no doubt that uncertainty is playing a factor in terms of activity at the larger end of the market. Whether this uncertainty can be lain solely at the door of Brexit is a point perhaps best illustrated in shades of grey, rather than black or white.

In tandem (and in superficial contrast) Deloitte recently announced that:

“The data suggests US investors appear to be shrugging off uncertainties around political decisions, still seeing UK businesses as an attractive opportunity. By contrast, the cooling of M&A activity in the rest of Europe has continued into the start of this year."

It is pleasing to see that our own experiences of speaking with American acquirors is borne out more widely in the market. As the first statement is focussed on the top end of the market, and the second is perhaps more mid-small cap aimed, we do not see a fundamental conflict between these two viewpoints.

Distilling some of the most recent conversations we have had with American C-suite and corporate development officers into one soundbite:

"Brexit is what it is, the UK is still a very large economy in its own right, and where there is a clearly identified strategic fit - that will transcend any temporary Brexit uncertainties in our considerations"

Portland go on to elucidate the increased importance of a clear strategy for transactions. Where previously Rockworth has spoken about the importance of this for mechanical and operational reasons, Portland discuss the importantance of wider stakeholder communication of this rationale.

Whilst deals at the small/mid market scale might not have to contend with regulators, nor expect to be front and centre on the Financial Times, nor still have to manage large scale Trade Union relationship management as part of a deal - there will always be non-traditional stakeholders who will need to be managed, if not actively communicated with.

This all boils down to one central point - the clearer and more concise the strategy and rationale on the acquiror side, and the more extensive the planning for an eventual deal by the acquiree - the easier it will be to communicate and bring all interested parties smoothly along side in the run up to, and the immediate aftermath of a transaction.

Whether we have a hard Brexit, a soft Brexit or no Brexit at all, the time will come when companies can plan with greater certainty. There is every prospect of a return to at least the sort of corporate deal flow witnessed in preceding years. Businesses must speak to a greater number of societal goals, and to a greater number of audiences, when they are setting out the prospectus for their deal.

Our polling found that the ten largest deals in the UK in 2018 received 53.9% more mentions on social media than three years ago; and 30% more mentions by influential accounts such as MPs and journalists. Read more. https://t.co/xznd9XyRRL

Is your company a frog or a princess?
Tom Boardman-Weston

For plans and pricing, please contact our sales team at sales@passle.net

Sorry, you don't have permission to repost or create posts.

Your repost is currently a draft. Review your repost and request approval.

Sorry - this is not an option. This post already exists in the Passle you have selected.

Try reposting to another Passle.